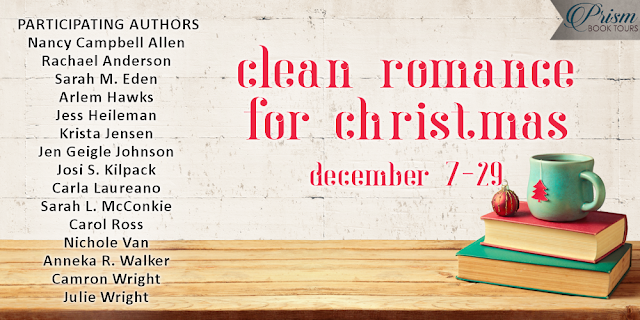 On tour with Prism Book Tours
We hope you enjoyed the tour! If you missed any of the stops, you can
see snippets and the link to each full post, as well as the giveaway below . . .
December 7th: Launch
December 8th: Nancy Campbell Allen – The Matchmaker’s Lonely Heart 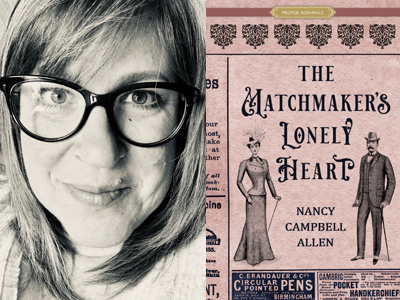 Book Depository | Deseret Book | Seagull Book
Snippet from the Guest Post (find the full post here):
Et voila! A new Victorian series was born, featuring three cousins who
live in London and are determined to become modern Women of Independent
Means. My books almost always feature a healthy dose of mystery along
with the romance, and I believe people who have enjoyed my work in the
past will not be disappointed here!
December 9th: Rachael Anderson – Five Kisses 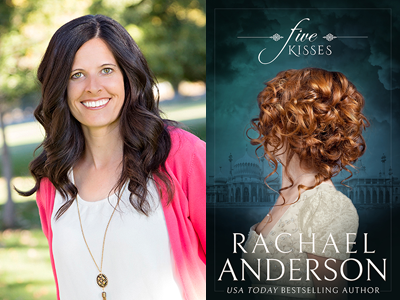 Follow the Author: Website | Goodreads | Facebook | Twitter | Instagram | Bookbub
Find the Book: Goodreads | Amazon | Book Depository
Snippet from the Excerpt (find the full post here):
The dark-haired man pushed away from the bookcase and pointed to the
shelf above her head. “I’m guessing you used the stack of bibles as a
stool to reach this shelf here.” He patted the place where Frankenstein
once stood. “Is there a book I can get for you so you can climb down
from your perch? People are beginning to stare, and I doubt the
proprietress would appreciate seeing any book, especially a bible, being
used as a stool.”
December 10th: Sarah M. Eden – The Merchant and the Rogue 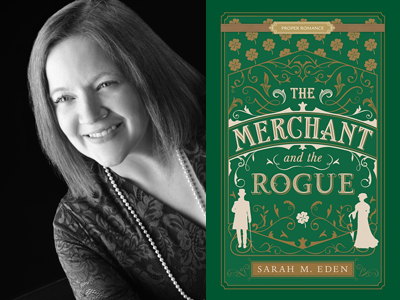 Book Depository | Deseret Book | Seagull Book
Snippet from the Guest Post (find the full post here):
I set this story, a mystery filled with creepy scenery and disconcerting
characters, in the real-life Museum of Natural History in Dublin,
Ireland. This museum was opened in 1856 in a stately Dublin building,
and very little about it has changed since. It is often described as “a
museum of a museum.” Walking through this piece of Dublin history is
like stepping back in time. And it is one of the most wonderfully creepy
places I have ever had the joy of visiting.
December 11th: Arlem Hawks – Georgana’s Secret 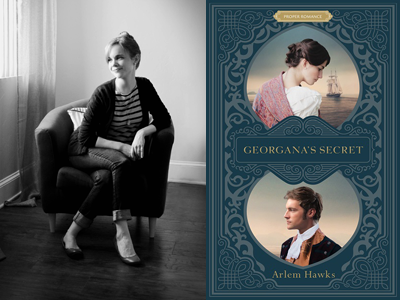 Book Depository | Deseret Book | Seagull Book
Snippet from the Excerpt (find the full post here):
She wiped the moisture from her eyes and watched the bright moon above them. He
ignored the moon and the way it tripped across the waves. Tonight he forgot the ocean. He
watched her.

His heart pounded between his ribs, and he nearly let it push him forward to kiss that
contented smile. How would it feel to have Georgana Woodall’s soft lips caressing his own? To
be wanted by someone like her would be a wondrous thing. 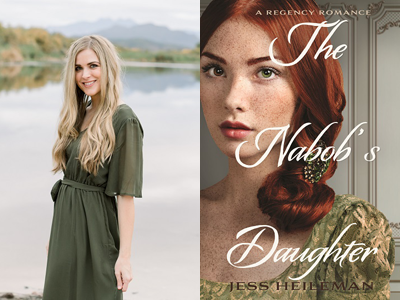 Follow the Author: Website | Goodreads | Facebook | Instagram | Bookbub
Find the Book: Goodreads | Amazon
Snippet from the Excerpt (find the full post here):
My palms were clammy within my gloves, and I mindlessly rubbed them
against my middle. Did I truly have the tenacity to enact such a
preposterous scheme? It wasn’t too late to simply comply with Papa’s
demands and marry Lord Denhurst’s son. I wavered between two seemingly
detestable options. Then an image of India filled my mind’s eye. If I
abandoned my plan now, I would likely never see my home again. Once Papa
was in England, he would see me married, just as he said he would. That
would not do. No, I needed to convince Lord Denhurst to revoke his
offer, thus adhering to Papa’s admonition that I would not make him
break his word, and to be on my way home before Papa arrived.
December 13th: Krista Jensen – Miracle Creek Christmas 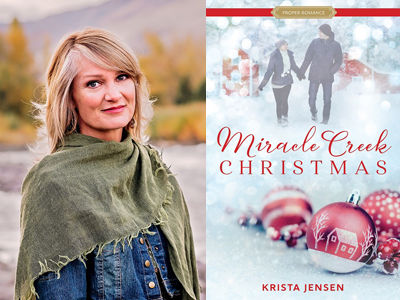 Book Depository | Deseret Book | Seagull Book
Snippet from the Guest Post (find the full post here):
Miracle Creek Christmas was originally titled, “Hold on Forever”
after the song by Rob Thomas, who I adore. The song so perfectly
expresses the way Riley and Mark come to feel about each other–“Lay
down all your troubles end to end, they could reach up to the stars. So
many roads, you don’t know where you’ve been, but you still know who you
are . . . Just fall apart if you need to. I’m here and I won’t leave
you now. Don’t look down. Hold on forever…” Such a great song for
these two.
December 14th: Jen Geigle Johnson – A Christmas Kiss 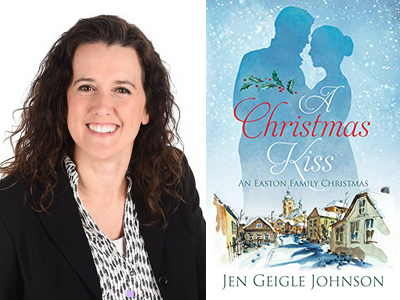 Twitter | Instagram | Bookbub | Pinterest
Find the Book: Goodreads | Amazon | Book Depository
Snippet from the Excerpt (find the full post here):
Evaline carefully wrapped a black band around her arm. “Remy, could you help me tie it tight enough that it will stay?”
“Certainly, my lady.” Her loyal lady’s maid cinched it and applied a pin at the back for good measure.
“Excellent. Mother deserves longer than the small three hundred
and sixty five days of mourning no matter what Father or Aunt say.”
December 15th: Josi S. Kilpack – Love and Lavender 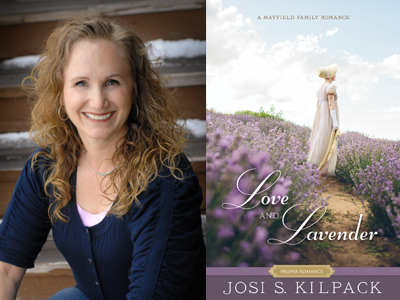 10. The Christmas Season
9. Singing Christmas songs at church
8. Wrapping presents
7. October 15th, when I buy all the presents online . . . 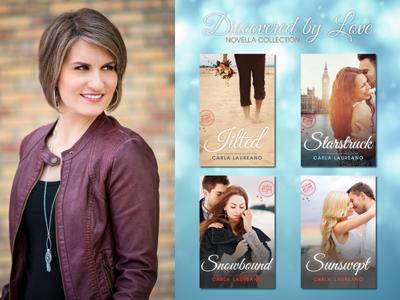 Instagram | Bookbub | Pinterest | Amazon
Find the Books: Goodreads | Amazon | Barnes & Noble | Jilted: free e-book
Snippet from the Guest Post (find the full post here):
Romance novellas are short and sweet, and they focus exclusively on the
falling-in-love butterflies between the main couple, without much
distraction from outside plot or secondary characters. Setting adds a
necessary texture and interest to an otherwise straightforward story,
and it can either act as a main feature in the couple’s burgeoning
romance or as a source of conflict that threaten their happiness. So
with that kind of importance in the story, why not make it a great one? 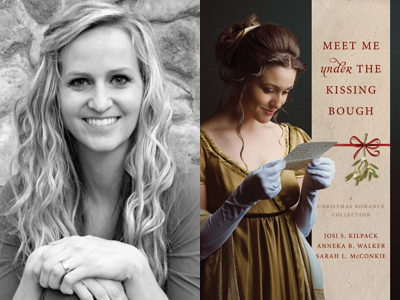 Follow the Author: Website | Goodreads | Facebook | Instagram | Bookbub | LinkTree
Find the Book: Goodreads | Amazon | Barnes & Noble | Deseret Book | Seagull Book
Snippet from the Guest Post (find the full post here):
This book is a retelling of A Christmas Carol. Most of the character’s
names are some kind of spin-off of the original, or found somewhere in
the book. It was fun figuring out a way to make past, present, and
future work through letters and not ghosts! 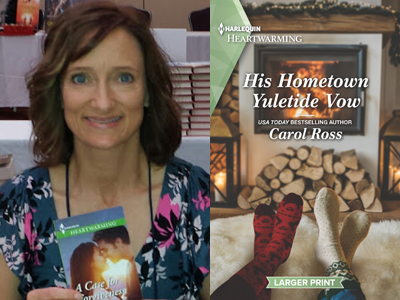 Follow the Author: Website | Goodreads | Facebook | Twitter | Pinterest | BookBub
Find the Book: Goodreads | Amazon | Barnes & Noble | Target | Book Depository
Snippet from the Excerpt (find the full post here):
“I didn’t even know you were participating in the auction until I saw
the program tonight. Before I could find you myself, a friend introduced
me to Todd, and Todd asked if I’d be willing to meet you…” Derrick’s
mouth pulled up on one side like he was trying not to smile. He was all
boyish innocence and every bit as appealing as Anne remembered as he
added, “He, uh, he actually asked me if I’d flirt with you a little.”

Anne choked out a surprised laugh. “Thank you for sparing us both that awkwardness.”

Grinning, he assured her, “It wouldn’t be awkward for me.” 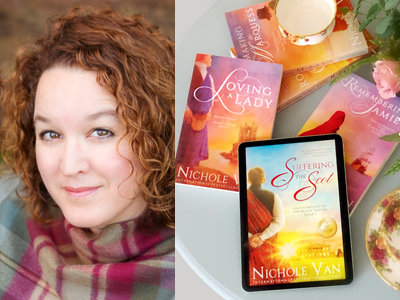 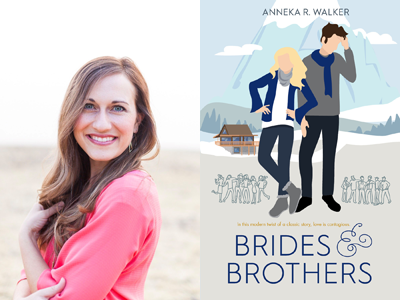 Follow the Author: Website | Goodreads | Facebook | Instagram | Bookbub | Pinterest
Find the Book: Goodreads | Amazon | Barnes & Noble | Deseret Book | Seagull Book
Snippet from the Excerpt (find the full post here):
It didn’t bode well if thoughts of dating again had distracted him to
the point of nearly burning down his house. While he loved living in a
bachelor pad with his brothers, a guy could only live off frozen food
for so many years before he cracked. If getting married could change
this, dating might be worth it. With a sigh of disgust, he rinsed the
charred hot pad under water. He let it drip dry before he opened the
drawer next to the oven and threw it in. 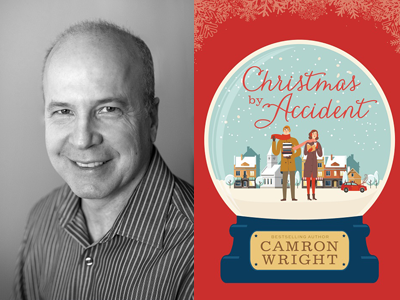 Book Depository | Deseret Book | Seagull Book
Snippet from the Guest Post (find the full post here):
In the story I pay subtle homage to many Christmas classics,
perhaps borrowing a line of dialogue from one or including an obscure
quotation from another. While some references are obvious, others are
subtle. A fun game as you read is to see how many you can find.
December 22nd: Julie Wright – A Captain for Caroline Gray 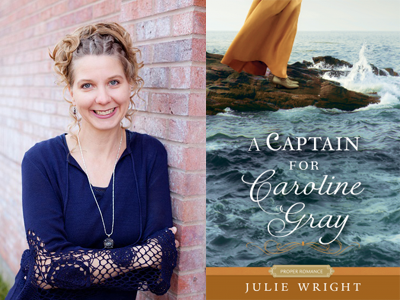 Book Depository | Deseret Book | Seagull Book
Snippet from the Guest Post (find the full post here):
Women really did cross oceans to finds husbands. They were called the
Fishing Fleet women. The Fishing Fleet began at the end of the
seventeenth century when the East India Company began shipping women
from England to India to marry their officers. The title of “Fishing
Fleet women” is used as an insult as it was used to refer to women who
had to go out “fishing” for husbands.

One winner will receive a $75 (USD) Amazon E-Gift Card