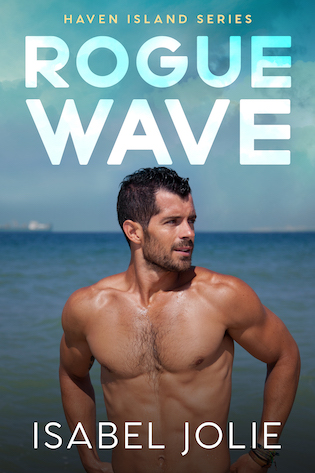 Sometimes opposites don’t just attract — they collide with all the violent passion of a rogue wave.

Tate
I sailed every ocean, saw the worst that humanity had to offer, and accomplished… nothing.

The world is just as screwed up now as it was when I set out to save it. The futility of it all left me disillusioned. Numb.

Then an idealistic beauty burst into my world, shining a light into all the dark corners of my soul.

The last thing she needs is a summer romance with a burned-out wreck like me.

I shouldn’t want her.

Luna
When I look at Tate, I see a legend. He’s done it all, seen it all — lived my dream.

Too bad he doesn’t see what I see.

He thinks he’s all wrong for me. Too old.

But age is just a number. In our souls, where we’re both one with the sea, we’re the same.

He says I shouldn’t want him.

They clash in every sexy, dangerous way imaginable. But is attraction — and maybe even love — enough to overcome all that stands between them? Or will their happily ever after remain elusive? 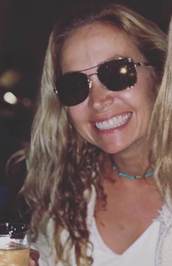 Isabel Jolie, or Izzy to her friends, is an Amazon bestselling indie author with an unquenchable thirst for a good, sexy love story. Izzy’s heart pumps faster for stories with strong heroines, down-to-earth realism, and an unexpected twist.

When she’s not writing or reading, she can often be found with a glass of wine in hand relaxing with her husband, daughters, and good friends lakeside.

Izzy fills her Instagram feed with funnies, inspirational “brain candy”, and anything that meshes with her mood of the day. #mood.

“She does more than sell photos.” I raised my eyebrows at both his tone and his words. “But no,” he added, sulking. “Well, yes and no. I wish we lived in a world that no one had to sell their body for money. But if she chooses to do so, and she wants to do it, then I guess I don’t have an issue with it.”

“That’s right,” I added forcefully. “To each his own. No judgment.” I studied him, thinking about him tearing off in the rain, refusing a ride home.

His teeth scraped slowly over his bottom lip. “So, you didn’t answer. Do you do that, too?”

“Would it bother you if I did?” I kind of liked the idea that he might care.

Those blue eyes lifted to mine, and I thought he was going to open up, but he balled up his napkin, scooped up his trash, and tossed it in the nearby trash can on the corner of the deck.

“Like you said. To each his own. Come by anytime. We haven’t discussed your rates yet. Prepare a proposal. And an hourly or project rate. Okay?”

“I’ll come by this morning.” My pulse quickened as he stood before me, close enough that if I raised my arm, I could touch his worn t-shirt, or graze my fingers over the rough, unshaven auburn growth along his jaw. I breathed in the faint familiar scent of lemongrass. It reminded me of the Citronella Campsuds body soap my father insisted on using at home. He always said it served a double-duty by being good for the sea and keeping the insects away.

Tate gazed down, introspective, oblivious I’d been breathing him in. He swallowed, and I watched the movement in his throat. I had the craziest urge to lean forward and trace kisses from the underside of his jaw and down his neck. He turned his back on me as he called out, “Later.”

← Blitz - Heir to the Darkmage Blitz Tour Rubbing One Out →