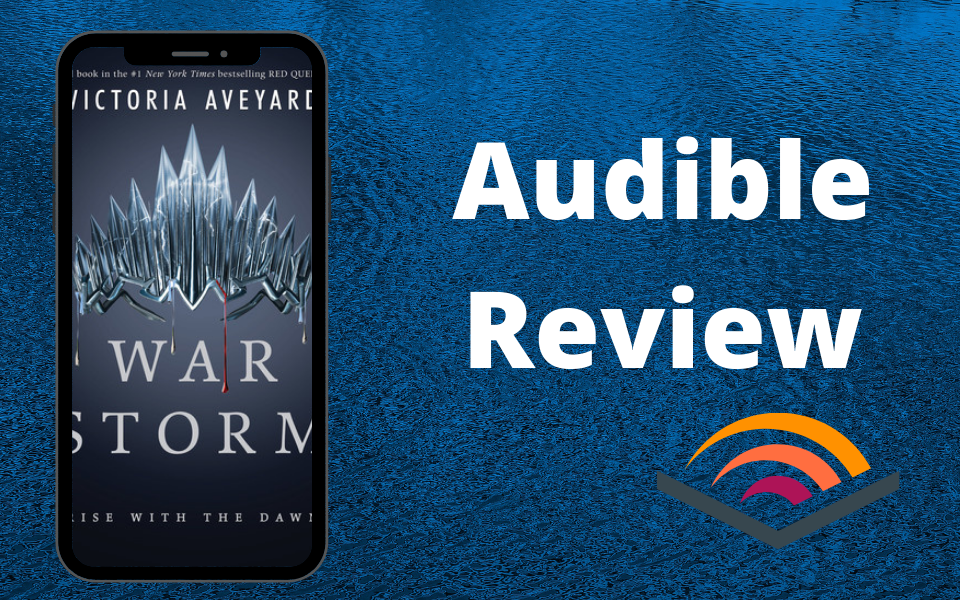 Victory comes at a price.

Mare Barrow learned this all too well when Cal’s betrayal nearly destroyed her. Now determined to protect her heart—and secure freedom for Reds and newbloods like her—Mare resolves to overthrow the kingdom of Norta once and for all… starting with the crown on Maven’s head.

But no battle is won alone, and before the Reds may rise as one, Mare must side with the boy who broke her heart in order to defeat the boy who almost broke her. Cal’s powerful Silver allies, alongside Mare and the Scarlet Guard, prove a formidable force. But Maven is driven by an obsession so deep, he will stop at nothing to have Mare as his own again, even if it means demolishing everything—and everyone—in his path.

War is coming, and all Mare has fought for hangs in the balance. Will victory be enough to topple the Silver kingdoms? Or will the little lightning girl be forever silenced?

In the epic conclusion to Victoria Aveyard’s stunning series, Mare must embrace her fate and summon all her power… for all will be tested, but not all will survive.

From my monthly reading challenge I at last finished the series of The Red Queen by Victoria Aveyard, I do know there’s still an extra out there, at some point this year I will tackle that one too, they’re always has very cool and interesting material and information.

It has been a very long journey for me since I began the first book almost 1 or 2 years after it came out then got the second one very quickly and had to wait for the next ones to get out, and they keep coming, it’s so cool.

The last of the saga, at first I got a little intimidated at the size of this book and the lot/s of hours on the audible.

Since this one was the first one I heard on all the series that too was a little scary in a way, but as soon as I came back to this series it felt like coming home, it was easy to place everything again from the last book and just roll with the flow.

the battles are as good as ever, with very gruesome details and so convoluted in itself that you can feel the stress and confusion of the characters in the middle, it’s very powerful storytelling.

Well the characters in this book, old or new they were very interesting and so complex I liked that the protagonists we had before were growing and changing so much, the way the relationships were being presented was very masterful too, I always have liked the author style on this, since this books aren’t afraid of showing a little LGBT pride and giving us readers the insight of a different relationship between all the characters.

Something I did like was that the characters had a lot of room to grow after the four books and by the end they were true to themselves but you can see that in other ways they went throughout a transformation too.

The power struggle continues on this one with all the intrigue and changing of the other books.

I did felt the growth of the characters and the story since it was the last book and it came very far after all the events on the other books.

The end for me was a little bittersweet but not bad at all, it was a good ending to all the tension in a way, a little different than what I was expecting yes but satisfying nonetheless.

Read a preview of the book

Let me know have you read all of this already? what are your thoughts on this series.