Tour + Giveaway| The Jealousy of Jalice 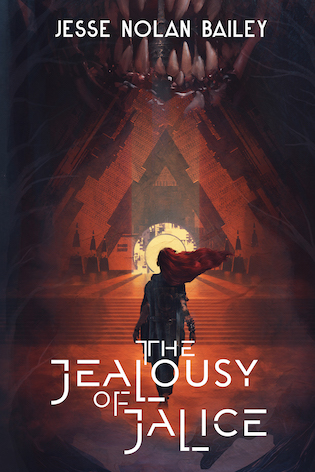 The Realms have split apart, the Stones of Elation have been hidden, and warnings of dokojin drift among the tribes.

The land and its people are corrupted. The Sachem, chief of the Unified Tribes, is to blame.

It is this conviction that drives Annilasia and Delilee to risk their lives. Afraid of the aether magic he wields, they enact a subtler scheme: kidnap his wife. In her place, Delilee will pretend to be the chieftess and spy on the Sachem.

Unaware of this plot against her husband, Jalice is whisked away by Annilasia. Pleading with her captor proves futile, and she rejects Annilasia’s delusional accusations against the chief. After all, the Sachem has brought peace to the land.

Yet a dangerous truth hides in Jalice’s past. As she and Annilasia flee through a forest of insidious threats, they must confront the evil plaguing the tribes and the events that unleashed it. 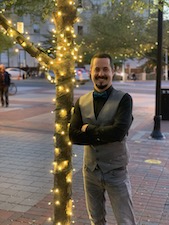 Enthralled by the magic that written stories contain, Jesse Nolan Bailey has always wanted to be an author. With his debut novel finally released to the masses, he can now claim such title with relief. He lives in Durham, North Carolina, where he has embraced the equally-gratifying lifework of hosting a trio of spoiled cats.