Discover Seven ways to Kill a King in this throbbing story !! Enter the Giveaway too ~ 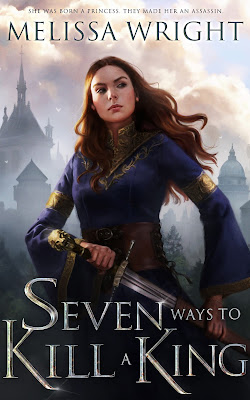 She was born a princess. They made her an assassin.

One was an accident. Two a coincidence. By three, they would know. It would be harder, but I would avenge my mother’s death. These kings would pay that price.

Seven cities make up the Storm Queen’s Realm, each of their self-crowned, murderous kings are one of Princess Myrina’s marks. The treasonous curs may have banded together to share a stolen throne, but soon they will fall.

They thought her dead, killed in the massacre. They thought their rule secure, but Myrina of Stormskeep has awoken. With the help of her loyal bloodsworn, the shadow princess of will have her revenge.

For fans of The Witcher and Game of Thrones—a new princess set on vengeance is here to steal your heart.

Melissa is the author of more than a dozen young adult and fantasy novels and countless to-do lists. Her most popular titles are The Frey Saga and Descendants Series. She’s currently working on the next book, but when not writing can be spotted collecting the things she loves at Goodreads and Pinterest. Contact her through the web at www.melissa-wright.com 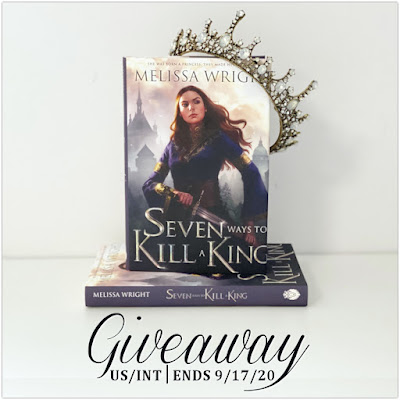 One winner will receive a copy of SEVEN WAYS TO KILL A KING and a Crown (as pictured), if winner is outside the US a $25 Amazon gift card will be sent instead