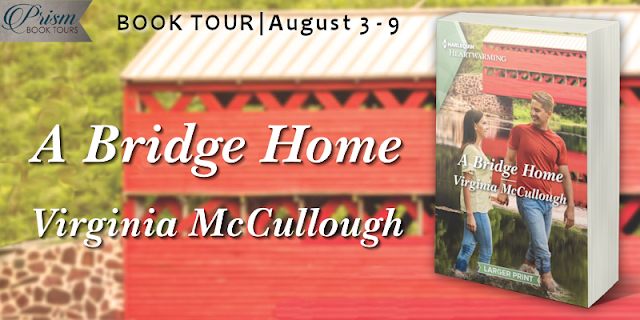 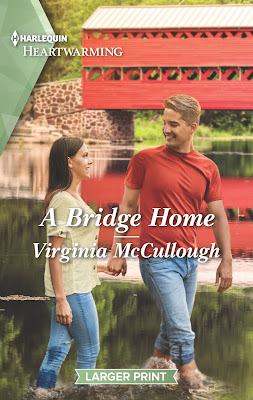 Will a new beginning…

What good is a home without a family? School principal Eric Wells finally has the house he’s always wanted, but a painful childhood makes him question his ability to be a father. So when his high school crush Amy Morgan returns to Bluestone River with her troubled daughter, he’s surprised to find he wants to be there for both of them. Will Amy finally give him a chance? 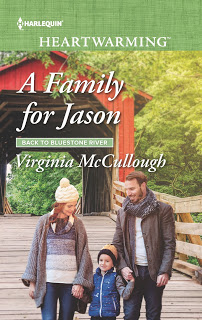 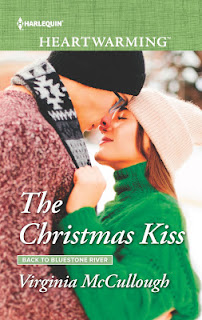 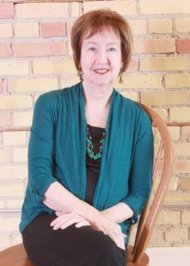 Born and raised in Chicago, Virginia McCullough has been lucky enough to develop her writing career in many locations, including the coast of Maine, the mountains of North Carolina, the U.S. Virgin Islands, and currently, Northeast Wisconsin. She started her career in nonfiction, first writing articles and then books as a ghostwriter and coauthor. She’s written more than 100 books for physicians, business owners, professional speakers and many others with information to share or a story to tell.

Virginia’s books feature characters who could be your neighbors and friends. They come in all ages and struggle with everyday life issues in small-town environments that almost always include water—oceans, lakes, or rivers. The mother of two grown children, you’ll find Virginia with her nose a book, walking on trails or her neighborhood street, or she may be packing her bag to take off for her next adventure. And she’s always working on another story about hope, healing, and second chances. 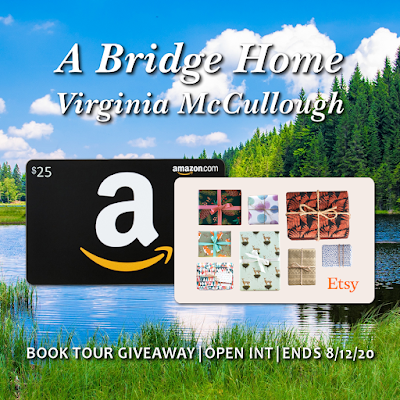 1 winner will receive a $25 Amazon eGift Card and a $25 Etsy eGift Card
Open internationally for those who are eligible
Ends August 12, 2020

The afternoon crawled by and when she was finally home, the first thing she saw was Cassie’s glum face resting in her palms and pushing the skin of her round cheeks up toward her eyes. Her legs were swinging in lazy circles as she watched Grandma Barb cutting a cucumber at the counter.

“I’m in trouble again,” she blurted as a greeting.

“I heard that,” Amy said, glancing at Grandma, who kept on slicing and didn’t meet her eye.

“It wasn’t my fault,” Cassie insisted.

Right. It never is. “Really? Why don’t you tell me what happened?”

Cassie’s eyes filled with tears. “Robbie and Carson made fun of Lottie.”

The series of somersaults in her stomach made it hard to speak, but she rolled her hand toward Cassie. “Tell me more.”

“They told Lottie a lady was coming to her house to take her away, `cuz Kyra isn’t her real mom. They said lots of mean stuff.”

Surely Eric must have known Lottie, a foster child, would be targeted. “I see. Then why are you in trouble?” Eric’s words, don’t worry, looped through her brain. She was trying to keep a lid on this.

“I yelled at them. I told them to stop.” Cassie’s legs were swinging fast and hard now.

“They wouldn’t shut up.”

“I pushed Carson into the fence.”

“Did you hurt him?” Amy braced for the answer.

Cassie bunched the fabric of her peasant blouse. “His shirt ripped. By accident.” She looked up, defiance etched into her face. “But he wasn’t hurt. He cried like he was. He’s mean. And then he acts like he’s in kindergarten.”

“They were being really mean. I told Mr. Wells that.” Tears ran down her cheeks now. “Big bullies.”

Amy grabbed a couple of tissues. “Here, blow your nose. Dry your eyes.”

For the few minutes Cassie dabbed at her eyes Amy thought about how she wanted to respond. If the boys were being that mean, and she had a feeling the story was true, she had to choose her words even more carefully. She refused to make her daughter feel bad about reacting to anyone taunting Lottie, but she couldn’t allow her to shove other kids.

“I believe you, honey, about the boys being mean, but you can’t go around pushing people,” Amy said, exasperated. “No matter what.”

Amy looked at Grandma Barb, who added the cucumber slices into the bowl of greens. She’d successfully avoided being pulled into this latest escapade. Something about this situation bothered Amy and nudged her to say more. “You’re right to stand up to someone hurting Lottie’s feelings, Cassie, but you have to tell the teacher. Or Mr. Wells.”

Cassie wiped her eyes with the back of her hands. “Then I’d be a tattletale…a snitch. Carson already calls me a teacher’s pet because I’m better than he is at math—and at reading maps and spelling. Carson couldn’t even find China on the big map on the wall.”

Grandma Barb badly stifled her laughter with a phony burst of coughing. Amy tried hard not to join her.

Amy shook her head. “Does nothing ever change? Those are the same names kids called each other thirty years ago.”

“Apparently they’re stuck in the past,” Grandma said, in control of her voice again.

Teacher’s pet? Amy thought. Better than being the class troublemaker, but who could deny Cassie’s point.

“Go wash your hands for dinner,” Amy said, leaning back against the counter.

Cassie ran from the table and down the hall like she’d been let out of a jail cell.