When his wife is burned at the stake after being falsely accused of witchcraft, the vampire Count Vlad Dracula Țepeș declares all the people of Wallachia will pay with their lives. He summons an army of monsters and demons which overruns the country, causing the people to live lives of fear and distrust. To combat this, the outcast monster hunter Trevor Belmont takes up arms against Dracula’s forces, aided by the magician Sypha Belnades and Dracula’s dhampir son Alucard. 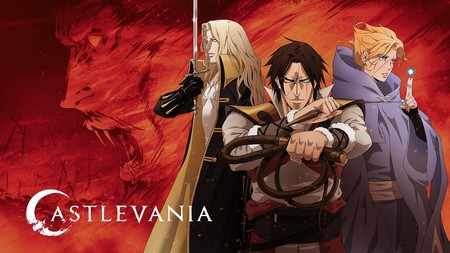 I really like this one, I never actually played the games, I was too bad at games like that, but watching my husband play them recently, I get a lot of good memories with it, it does actually follow the 3rd castlevania for what I know, and the art was fantastic.

I liked the bromance between Trevor and Alucard, they were like big little kids, it was funny. I don’t know if they will like to follow the other characters now, but for me the ending was pretty cool, I liked that the second season explores a little more the background of some characters.

For me a solid 4/5, it was interesting to watch.