Today I bring you all an author interview. 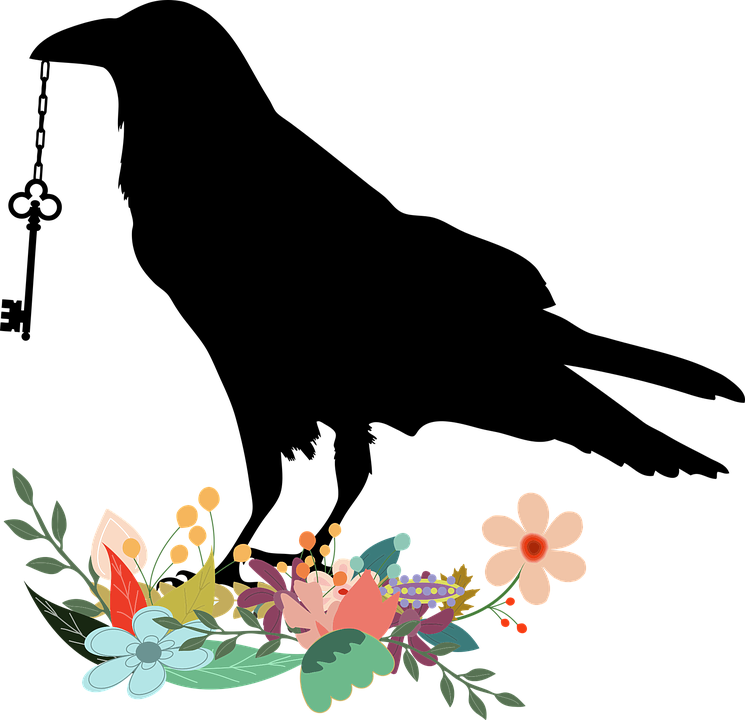 When did you start writing, and was it more from a childhood situation or more recent?

[When I was a child I lost someone dear to me, and it changed my view of the world and what I wanted out of it. I searched aimlessly for purpose and for a way to create a better tomorrow, and stumbled countless times. At one point I believed that art would be my salvation and a weapon to inspire change, but I was wrong. After losing my son in a miscarriage in my early 20s, my ex-fiancé left, and that shattered me. I had lost the ability to draw or paint after that event. It honestly changed me. I felt gutted, and empty like some walking corpse aimlessly looking for anything to remind me of who I was and wanted to be. During this time I had an assignment to present at school. It was a story that would be read to my class, and I began to write with the hopes to preoccupy my mind from doing something foolish.

Strangely enough, writing became my escape from the crude world, and it also imprisoned me in a cage I could no longer break, a cage that I had fallen in love with. I would explore other worlds, locked in the far recesses of my mind and I would live a life through the eyes of others. I began to see everything around not just as an artist, but as an architect. Building worlds, and creating the possibility for a characters to roam free and grow was something that saved my life, my sanity, and gave me happiness when I had lost it. I was no longer alone, even though I had become more alone due to my reclusive need to hide in my room. I had to be alone in order to see these worlds, and the characters in it had become more real to me than the life I had.

Then one day, I woke up and realized that this could be the sword I needed to create a better tomorrow. Through stories I could enchant the minds and hearts of many, and inspire. I remember stepping away from my computer after months of hiding, and smiling. I laughed so much and cried when I realized that this had become my passion, and that I could do something with it. I walked outside and swore to become someone stronger. I took up sword fighting and began to socialize again. I returned to a normal life, while I perfected my writing. Deep down, I knew that it could have turned into a horrid sickness, but somehow it did not. It saved me, and I hope it saves others one day too. I suppose it was a calling that began like all other journeys.]

How did Lunora story was born, what was the inspiration for her?

[Lunora’s inspiration came from a young girl I met in the Middle East, and her dream to escape into a world of magic and fantasy like the children of Narnia. I remember wanting to write a story about her, but I never got around to it until last year. Then the shootings began to happen more often in the United States. It has become something that occurs almost every other month now as if its commonplace, then the Ferguson Unrest, and the recent genocides that occurred and is still occurring in Syria were just a few to name, but it was enough to push me to my boiling point. The truth was that bad things were happening all around the world, and I wanted to do something about it, even if it was just writing a story with the hope to inspire others.

I remembered that child and her bravery to one day create a better world. I found her to be the perfect heroine for the story that had entered my mind. I wanted to write a tale that can motivate not just children, but adults and even generations to come.

The hate in the world ends with our own actions. We can all end this cycle of pain, if we strive for it—together. We exist in a world that is truly connected, yet disconnected in the heart. We need to move beyond these issues of racial and religious discrimination, gender inequality, ignorance, and overall hatred. I hope I can inspire a better world someday and this is the start.]

I have to ask, is Crow your original surname or it’s more an artistic thing, and if it’s the real one, where is it from, because for me it sounds like a cool thing to brag about.

[H.S. Crow, to me is a name rooted with history and symbolism. It is not my real name, but it stands as a symbol for something that I hope will exist even after I am gone. Sadly, I will be keeping the meaning behind this name a secret for a little longer. My apologies.]

Now tell us a little about you what are your dreams and motivations at this point in your life?

[I want to change the world for the better and bring awareness to the issues around us. I believe every great story holds the power to influence people, and I hope my writing is capable of doing that. Through words I hope to motivate, but it is only one of many goals I have sworn to uphold. I want to become philanthropist in time, and use what I earn to help others, but my greatest ambition is to graduate from school as a theoretical physicist, and not just write about things that may change the world, but also create them with my own hands. I want to be not just a human of words, but of action. My dream is to push humanity to the next frontier, and to me that is outer space. My biggest motivation for this was at first the death of sister when I was younger, but now it has become a part of me. I just cannot stand idle and watch things get worse. I have to do something about it, and I hope to team up with others that feel the same way.]

What do you think readers will enjoy most when reading Lunora and the Monster King?

[That’s a tough question. I hope that it’s the underlying messages, or the poetry, or the darker and harder to see concept that I hid within the many layers this story covers. Topics of reality, perception, and dreams. What is real? Or the more obvious message that explores the issues of hatred, discrimination, and the loss of someone you love. What will you do to get them back, or to remember them by? Or it might be how media is able to curve the people with bias news in order to appoint a president or certain laws. There is quite a bit in here, but one thing that may interest someone is the world Nevermore resides in. It is something to look into as well. I only scratched a tiny bit Nevermore’s complexity, and the upcoming comic series will dive deeper into this land, and what the Eversea is.]

Any advice for new aspiring or fellow writers

[Never give up. Strive to complete your work, and when you do, rewrite it. Do this over and over again until you create a masterpiece you are proud of. Create friendships with people that will give an honest review of your book. Listen to them, and discern what can help your book become greater. When you begin writing your first book, it’s a daunting task, but don’t rush it. Let it become you.
You must understand that this takes a lot of time, and dedication. It may lead to your success or it may not. Will you give up if it doesn’t? If you do, then being an author may not be for you. Writing should be something you do for you. Whether if it’s a dream, passion, or something you seek to bring to the world… it should never be because of money, but we must not be fools either. We cannot survive without money to afford it, or else we would be working jobs that do not fulfill us. Money is important, but it should not be the sole reason you write for. There should be something more that inspires you to do so, and if you are not sure. Find it, or simply get a job that can support you while you pursue your goals as an author.

The truth is that it is not easy, but the more you do it the better you will get, and the better you get the more likely it will be to succeed. Have love for your craft, and in time others will too. Yes, we all want to be the next J.K. Rowling or C.S. Lewis, but there is a possibility that you won’t, and that’s okay too. Why do you want to be a replica? Why not attempt to create your own name and legacy. It depends on you and what you are willing to do in order to reach it. If you fall, get back up and write more. Write until you become a master. We all have different reasons and methods of reaching our goals, but only you can decide how it is done. Build a strong mindset in order to not just complete it, but to grow once you have. Who knows, you may change the world.]