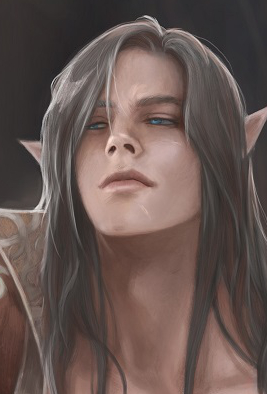 Today I bring you a character interview for book ” on the Steps of Power series, Heroes or Thieves, Vale here is a captain to Saebellus service and antagonist to Navon.

Hello there Vale. Welcome to my grilling—I mean my interview show. I wanted to ask you some questions, so here they are:

About me? Keh. It’s not some grand and exciting tale, I’ll warn you on that now. I grew up in that arrogant town of assholes they call Mistarel. My bitch of a mother and bastard of a father were as wealthy as a whore in a den of lords. But I never really fit their expectations. You know, quiet, prudent… with my free time spent plucking some god-damn lute. Lyre. Whatever the fuck it’s called. Anyways, I spent most of my time socially with those who had already shat the stick out of their asses. My parents didn’t like that, so before their social reputation could be harmed farther by my “debauchery,” we moved to Elvorium. They thrust me into the finest schools and military academies in hopes of “fixing” me. But I guess I didn’t learn to accept genocide like a good son. They disowned me after I joined up with Saebellus so… two victories were won that night.

Eh. That’s not really my details to share. Short hand of the matter is that we pulled him from a ship full of jackasses and he’s been with me since.

My father would have struck me senseless if I had talked that way to him. No. Familiarity would be why I can address Saebel the way I do. I respect the male greatly—one of the best damn elves that Aersadore will ever see. He deserves respect. But I don’t think respect always has to be served with a severed tongue.

That is correct. Adonis is mine and I am his. But just because you because you both own something doesn’t mean you can’t let your friends borrow it, right? (winks*) But you want to know if I fuck around against Adonis’ permission, right? Never. But a little flirting with another tight ass isn’t going to kill him.

Keh. Jealousy? Try irritated. I have enough on my plate trying to keep hold of a god-damn kingdom without babysitting some tiny little sniffling welp. I’m a captain. It’s a degradation of my station to put me on diaper duty.

My life? Easy. That every fucking elf I meet doesn’t purse his god-damn lips and step sideways to avoid brushing shoulders.

Eh. That’s hard to call. I would like the war to end soon, but we rarely get what we want. I think as long as Saebellus is following Ilsevel’s plan, we’re never going to find peace.

When I was in Elvorium, I went to the same military academies as he did. Since he doesn’t quite fit the “princely standard” his father demands of him, we share some common ground. He’s got a colorful tongue and a desire for fun. So basically that makes him the spawn of Ramul. But he’s a good male—stands up for his ideology even when the world pushes back on him. I can respect that. Plus, he’s a fucking excellent drinking partner.

That will be all; I hope you had a lot of fun like me with this, Vale.

I was ordered by Adonis to respond “yes” to such questions and since you’re interviewing him next, that’s what we’ll stick with.