Tell us a little about yourself and your background?

I was born in a small town in central Utah and I started writing stories when I was about eight years old. I got serious about writing novels in my twenties, and began submitting manuscripts in my thirties. In 2012 I got published, and later that year, I met bestselling author, Tamara Thorne, with whom I began collaborating. Our first novel was The Cliffhouse Haunting, a spooky tale about a serial killer and the ghost who assists him. In 2014, we also began Thorne & Cross: Haunted Nights LIVE!, a weekly radio talk show dedicated to horror, where we interview authors, crime buffs, paranormal investigators, forensics experts, and anyone else with experience in the field. In 2015, I released my first solo, a vampire novel titled The Crimson Corset, which was an immediate bestseller. I’m very proud of that.

Which writers inspire you?

I am inspired by many writers – everyone from Stephen King to Emily Bronte, to Ira Levin, Oscar Wilde, and Edgar Allan Poe.

Have you written any other novels in collaboration with other writers?

Collaborating is something you have to be very careful about. There are a lot of horror stories about collaborations gone-wrong out there … but it can work, and my partnership with Tamara Thorne on our collaborative novels has been a success since day one. I wouldn’t seek out a collaborator, but if it happens and it works out, it’s the best gig ever.

When did you decide to become a writer?

When I realized there was nothing else I wanted to do.

Do you write full-time or part-time?

I have the pleasure of being a full-time writer – and it is very much a pleasure. I am happier than I’ve ever been in my life doing this.

Do you work to an outline or plot or do you prefer to just see where an idea takes you?

A little of both. I always have an ending in mind – usually a few potential endings – and beyond that, I let the story unravel organically. I like to be surprised. It keeps things fun and exciting.

Do you have a strategy for finding reviewers?

I am lucky to have a publicist who gets me interviews, reviews, guest posts, and the like.

What are your thoughts on good/bad reviews?

Good reviews feel good and bad reviews feel bad, but if your integrity as an author is intact, neither will change what or how you write. My thoughts on reviews, in general, are to avoid them. I don’t read them.

How can readers discover more about you and you work?

Any Comments for the Blog readers?

Thanks for reading – I had a good time!

Any feedback for me or the blog?

I think your blog looks fantastic and it was an honor to be here.

Know more about his books 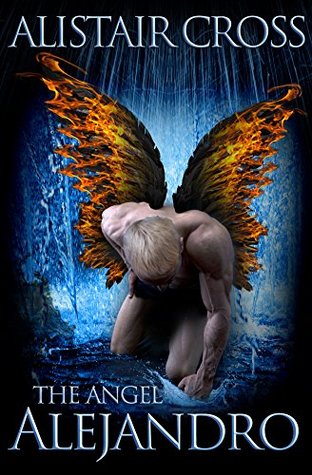 A Man without a Past

After a near-fatal accident, Madison O’Riley is faced with an astonishing problem: What to do with the man who saved her life. Naive and heart stoppingly handsome, he calls himself Alejandro … and he has no memory of his past. As they set out to recover his lost identity, Madison realizes he harbors deep – and otherworldly – secrets that will shatter her understanding of reality … secrets that may put her in grave danger.

The Devil in the Details

And now, there’s another stranger in town. Gremory Jones has something for everyone, and for a small price, he’s willing to make a deal. By day, he walks the streets of Prominence in top hat and trench coat, tempting the citizens with nefarious wares from his shiny black briefcase. By night, he and his legion of insatiable acolytes corrupt the locals at Club Mephistopheles, a den of unholy delights housed in an abandoned church.

The Battle has Begun …

The townspeople are changing in outrageous and appalling ways and it’s up to Madison – with the help of a psychic, a local priest, and the new chief of police – to help Alejandro unlock his forgotten powers before an unspeakable evil tears apart the fabric of existence … and costs them their very souls …